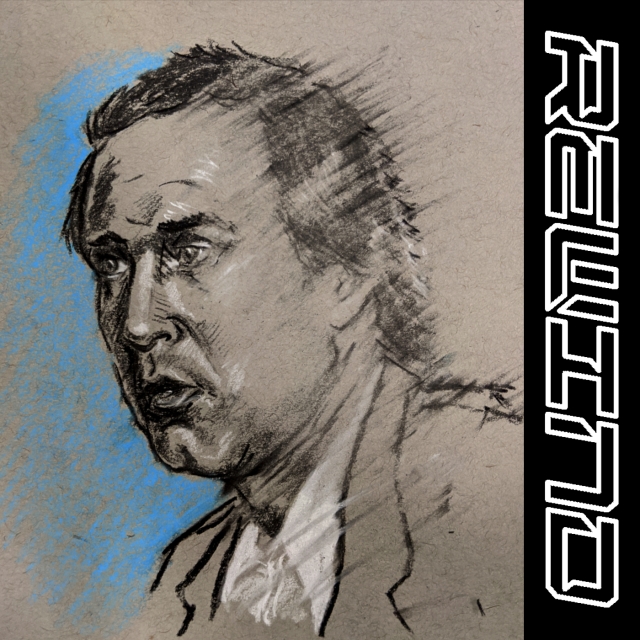 Film chosen and introduced by Devlin

Spoilers: Chevy Chase comes in for a bit of a kicking in this episode. By his own admission and as reported by any number of former colleagues, collaborators and critics, Chevy can be and frequently is very hard work to be around. The first breakout star of Saturday Night Live (then just NBC’s Saturday Night) developed a wicked ego long before he walked away from the Not Ready For Prime-Time Players after just the first season to a glittering future of movie stardom. It took him a while to get going, but the breakout success of Harold Ramis’ Caddyshack paved the way for an 80s filled with box office success in broad family comedies and wiseass gumshoe yarns alike.

By the time Chevy had a production in place for his long-gestating passion/ego project Memoirs of an Invisible Man, perhaps the daggers were drawn. For further evidence of the trail of sour grapes and hurt feelings he had left in his wake, look no further that the vicious Friar’s Club Roast in 2002 (this is the stuff that survived the edit – by all accounts the barbs that stayed only in the room were far more devastating). These things are always a car crash, the spirit of mischievous back-slapping and bonhomie that used to be a central tenet of the occasion having been replaced with shock-factor gags by thirsty insult comics when they transferred the format to the bigger stage of TV, but there’s a definite acid edge to some of the more brutal put-downs that feel like payback. So Chevy had burned a lot of bridges, but saw this film as his transition to serious, rewarding movie roles.

However, as a matter of record, Memoirs was a bomb. The latest in a string of them for John Carpenter as the general public seemed to grow resistant to his later-recognised genius, which resulted in him running down the clock on the rest of the 90s after his remarkable run throughout the 70s and 80s with only a handful of little-loved films to his name (In The Mouth of Madness aside, although that too was largely ignored on release). Yet another heavy dent in the armour for the waning box office charms of Chevy Chase to go alongside the insane Dan Aykroyd phantasmagoria Nothing But Trouble, the Vacation-aping comedy/crime flub Cops and Robbersons, the dreadful Disney dud Man of the House and the entirely forgotten 3rd sequel Vegas Vacation. If you’ve seen 3 films starring Chevy Chase made after 1995, I would be equal parts impressed by and very worried about you.

I think we covered pretty well in the episode our respective feelings for the film, so it falls to me only to point you in the direction of some further evidence of the stage show car crash I witnessed a couple of years ago when failed radio DJ and professional xenophobe Mike Read was inexplicably hired to conduct the world’s worst celebrity chat evening. To be honest, this monumental fuck up was far more interesting than some straightforward retrospective would have been, so I’ll point you in the direction of this Flickering Myth article by Dan Palmer and this Twitter-centric recap from The Poke for the details. It was every bit as bad as it sounds.