When former literal basement-dwelling film students grow up, get weird adult jobs and move to disparate parts of the world, how do they fill their evenings and stay in touch? Why, by calling each other over the internet and reliving their formative film experiences, of course!

Having spent their precious, honey-hued childhood days with the curtains drawn to block out the sound of other kids’ joyful laughter, ploughing through stacks and stacks of tapes until the tracking was utterly fucked, our intrepid podcast crew are now out to discover just how much of that was a massive waste of time. Spoilers: a lot.

In their Throwback series, Gali, Devlin, Patrick, Matt, and guests will each take turns recommending a treasured film from their youth, then assess whether they hold up under more cynical, (somewhat) grown-up scrutiny.

Dipping into the Bargain Bin, they rummage through the ubiquitous cultural trash that littered their childhoods and try to determine whether any of it has any artistic or cultural merit whatsoever, and if not, try to fathom why millions of people have sat through it multiple times.

In Pulling Focus, one host will introduce the others, and hopefully some of you, to films that they feel have fallen out of the cultural conversation, or deserve a bit of a wider audience.

Devlin currently lives in East London and barely holds down a job in the telly. A Darlington native, he has previously worked as a carny in North Yorkshire’s most notorious theme park; as a punching bag for angry Japanese schoolchildren; and three glorious weeks as a fully paid Hollywood movie camera department professional (he made tea on the set of the worst Tim Burton movie).

His favourite filmmakers include Hirokazu Kore-eda, Russ Meyer, John Carpenter, and Terry Gilliam. Outside of the movies, you’ll generally find him either listening to angsty, horrible shouty music, or watching Murder, She Wrote with an overpriced Belgian beer.

He delays the release date of every episode by forgetting to do the charcoal sketches for our cover art – you can find more of his dusty meanderings at devlindoesdrawing.com, along with a new hobby of creating photomontage poster and t-shirt designs for some cult favourite movies and, for some reason, Jet from Gladiators. 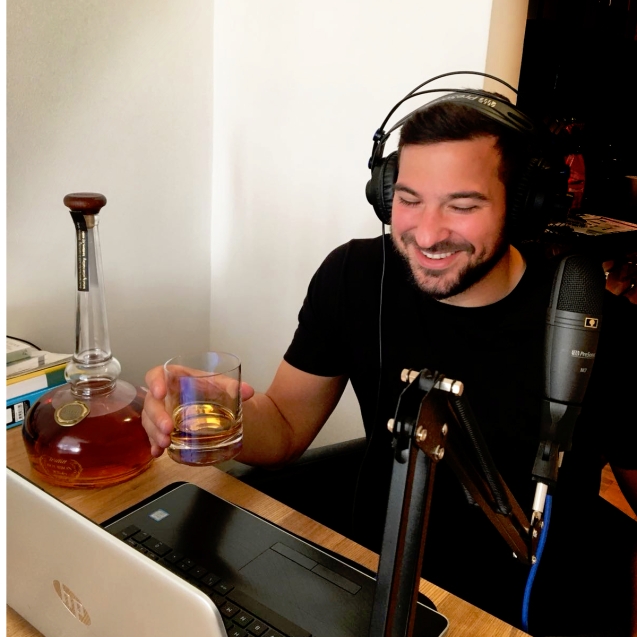 Gali lives in Glasgow and is pretending to be Scottish, eating chicken pakora and becoming resistant to rain. He has travelled around the world with work and cites his most memorable moment as being present when Gillian McKeith fainted. He has predominantly worked in television for both the BBC and ITV, but to date has not managed to work with Danny Dyer.

His favourite filmmakers include Steven Spielberg, James Cameron, Sergio Leone, Kathryn Bigelow and Sam Raimi, and he refuses to admit that he has a ‘podcasting voice’.

He loves nothing more than Twitter when there is a controversy brewing, you can bait him at @galithegreek where he will reply immediately. He is our primary host, editor extraordinaire, and chooser of our frequently mental outro music. 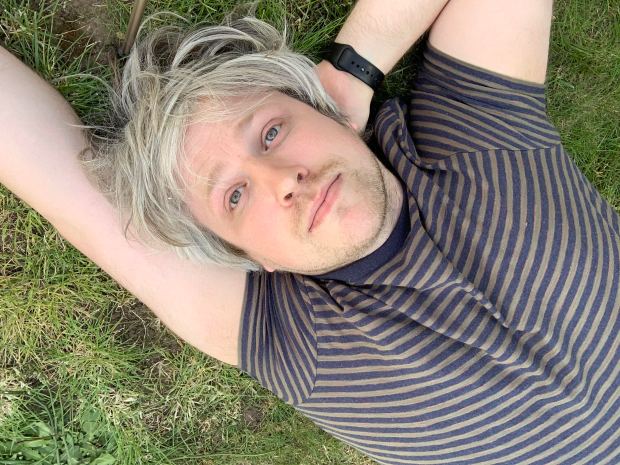 Patrick lives in West London (although his heart is still in his beloved Leicester), working as an Assistant Director in the Film & TV industry, specialising in supporting artists. Taking work experience on Emmerdale in 2008, and teaching children how to make films in Leicestershire, has helped him leave behind a life of selling jeans in Levi’s. He relies on Irn-Bru and fried chicken to cure a hangover and loves dogs & sports. GO SPORTS!!!!

After years of driving his parents mad playing films like The Karate Kid, Ghostbusters and Hook over and over again growing up on his trusty VHS player, he naturally wanted to work in film. Patrick is proud to have notable credits on productions like Sherlock, Avengers: Age of Ultron and Aladdin. His favourite filmmakers include Steven Spielberg, Joe Dante, Nick Park, Disney & Pixar Studios. His heroes include Kevin Costner and Julie Andrews!

He loves correcting Gali during nights out or on the podcast and relishes getting Storytime right for his fellow podcasters. You can guess his silly ‘Guess the Film’ creations on his Instagram @waggs, his YouTube Channel, and see what ramblings (usually about Leicester City Football Club) he has on Twitter @PatrickWaggett.

Matt hails from North Yorkshire, and presently resides in South Korea where he teaches English. He escaped the Northern Film School in Leeds with a master’s, and is now an award-winning filmmaker and podcaster. In 2020, he wrote and directed the acclaimed sleep death in suburbia short, The Self-Seers.

He’s a Jaws finatic, Beatlemaniac, and gets his kicks Procreating cinematic bingo drinkalongs, and curating themed, monthly movie seasons. He may or may not be the creator of the Trope-Tote™ and Auteur Adhesive™, and can be bothered on t’socials at @scariousartists and over at scariousartists.com where his daft drawings become stuff you can own. 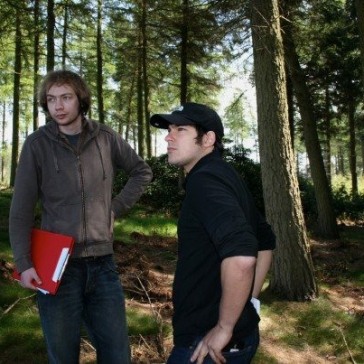 The gang all met at Leeds Metropolitan University (now Leeds Beckett)’s Northern Film School (except Devlin and Matt, who hail from opposite sides of the River Tees, and used to eat cheesy chips at Darlington Arts Centre prior to uni) and worked together on a number of short films, stupid videos, drunken stumbles, and big nights out at mediocre indie venues.